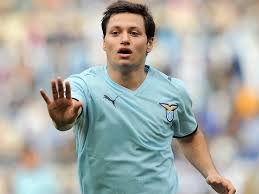 Mauro Zarate was so keen to join West Ham United that he bought himself out of his own contract with Velez Sarsfield.

Despite gaining a reputation as a bad boy during his time at Lazio, the new Hammers no 10 is desperate to settle down and make a name for himself in the Premier League at Upton Park.

And after the three year deal was done a top Boleyn insider told ClaretandHugh exclusively: “He’s paid a fortune to buy himself out of his contract, hes a very wealthy boy.”

The Hammers have been on the front foot to grab the former Lazio frontman for several days but the deal became very mysterious at one stage.

After claiming the Hammers had been in touch with him and giving the impression he was desperate to sign,. he added a “maybe.”

But the deal is now sealed and the player is set to give some real support to Andy Carroll.

Zarate scored 19 goals in 29 games for the Argentine club last season, a dozen in 68 appearances for Lazio and two for Inter on loan in 22 appearances.

He also had a spell on loan at Birmingham City in their relegation year in 2008, scoring four from 14 appearances.

The striker has agreed to pay a substantial amount towards a new gym which is being built in his home country to help the development of the game.

← Zarate signs!
Teddy is the most qualified →
Click Here for Comments >