Training day to be streamed to fans 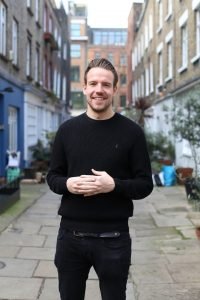 Chris Scull will be hosting the day

David Moyes will be offering  a unique insight into the team’s preparations for the season’s run-in.

The official site has announced that West Ham TV cameras will be on hand to capture all the action live and  streamed direct to your laptop, mobile or TV via the Club’s Official YouTube Channel, Facebook page, whufc.com and Official App.

Moyes and his staff will be seen putting  the players through their paces in training with extras to take fans to the centre of the action.

West Ham TV host Chris Scull will be on hand to guide us through the day alongside former Hammer Carlton Cole.

The views of players and coaches in a selection of live interviews, along with the insight of the manager and more members of the backroom team will be abvailable.

The day is being organised in association with Scope Markets too and there will be a full training kit to be won, along with a signed shirt.

As promotions go this is one of the best we’ve heard of for some time. Bo doubt there may be a few bits staged but it will certainly give fans a hitherto unknown experience.

We have had very little to thank lockdown for but this is a bonus to those of us who want to get some insight into what goes on day to day at Rush Green.

Good to see the very likeable Chris Scull involved which means we will be getting some amusing side comments from him and his pal Carlton Cole.

Well done for all involved in what promises to be an interesting April 7.