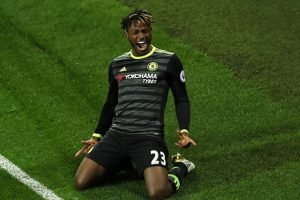 West Ham could see up to seven first team players leave the London Stadium over the summer as Slaven Bilic has admitted needing more quality in a few positions during the summer transfer window.

He said: “Next season, not only do we have to improve our performances, but we need to stay away from injuries and to try to strengthen our squad. We need quality in a few positions that we need to improve”

Jonathan Calleri, Álvaro Arbeloa and Gokhan Tore all out of contract in June and they could be joined by up four more including Darren Randolph, Havard Nordtveit, Sofiane Feghouli and even Andy Carroll.

In a like for like replacements the club’s summer targets –  if the papers are to be believed – could include:

The only problem is that the owners will have to dig extremely deep to afford these merry bunch of ‘quality’ inbound players.

Although Zabaleta is available on a free transfer, Pickford is valued at £20m by relegated Sunderland,  Swansea wants £25m  for Sigurdsson, Arsenal wants a combined £65m for their duo Wilshere and  Oxlade-Chamberlain.  Chelsaa will want to recoup their £33m they paid for Batshuayi while Liverpool will ask for £25m for Sturridge.

At a combined valuation of £168m maybe we need to set our sights a little bit lower.

Free transfers, loans with one marquee signing might be a bit more realistic.