Posted by Sean Whetstone on September 23, 2019 in News 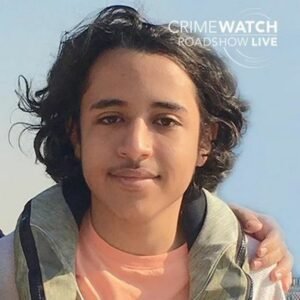 The father of a murdered West Ham fan has paid tribute to his “wonderful” son after 18-year-old Sami Sidhom was stabbed to death while heading home from a West Ham United football match. A reward of £20,000 is now being offered by police for information that leads to the arrest and conviction of those responsible for his murder.

Police were called to reports of a stabbing in Cheshunt Avenue, Forest Gate at around 10.50pm on Monday, April 16 last year.

Samer told Essex LIVE “My only son, Sami, was stabbed to death near his home as he returned from watching a football game of his favourite team, West Ham. He was only 18.  Sami was a wonderful son. He was a kind young man who always tried to help his family, friends and colleagues, and was respected by everyone who knew him. He did everything right. He fought hard to win his place in society and some cowards in the dark stabbed him in the back.

“My son’s killers are still walking the streets free of conviction or charge. I need you to provide the evidence to convict them. You know who you are and you have a choice. A choice to be someone that hides in the dark, or a brave person who sets the record straight. If you know the killers you already know they killed a perfectly innocent person for no reason whatsoever.

“He has done nothing to anyone; he was never involved in anything and had nothing to do with his killers. The only person that would stop them from doing the same to you is you. You need to stand up and provide the evidence or information that will put them behind bars for a lifetime. You owe it to yourself and to an innocent brilliant young man.

“Your statement will be treated in complete confidence and you will be rewarded. There is a reward of £20,000, but the ultimate reward is that you will get a new life where you know you stood up to the ones who would blindly destroy anything that comes their way.

“Every day they spend in freedom, Sami spends in a grave from which he’ll never return. The brutality of his death is compounded by the indifference and the silence of those that can bring him justice”

“We, his family, relive his murder every day knowing that a beloved son and an aspiring lawyer has been failed by everyone.”

One comment on “£20,000 reward offered in hunt for West Ham fan murderer”