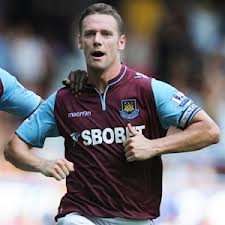 The manager said: “I know his qualities and what I like about him is the fact he’s gone about his job and made sure that he repays everyone at the club after what happened.

“It was the lowest point of his career I think, he didn’t just have one sending off, he had two in a short space of time, and the contribution now is massive.

Big Sam believes the time he has had to reflect on the red card madness has also had a big impact on the captain.

He said: “He’s had a lot of time to reflect on what happened to him and, for him, it was about rolling his sleeves up and having the opportunity over those weeks to really define himself in terms of ‘when I come back I’m going to show you what I can do.’

← Big Sam: “I thank all the players – it’s been fantastic”
The Hammers have come so far in just two years →
Click Here for Comments >