Allardyce: “Rav has to change his whole life” 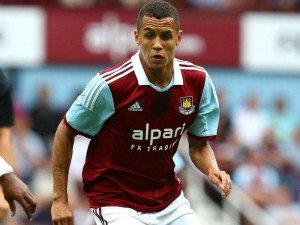 Ravel Morrison has been warned by Sam Allardyce that he has no future unless he “changes his life.”

With the player seemingly locked in talks with Lazio after becoming involved in a wages row with West Ham Allardyce has spoken of his fears the player will end up on the scrapheap.

The manager told the 21 year old: “There’s only a certain amount of times you can tell somebody what’s the best way forward for them.

“He has to change his whole life and then, hopefully, he’ll become the player he should be.”

Morrison flopped at Cardiff on loan, and Allardyce admitted: “He’s left himself in a very difficult position.”

2 comments on “Allardyce: “Rav has to change his whole life””