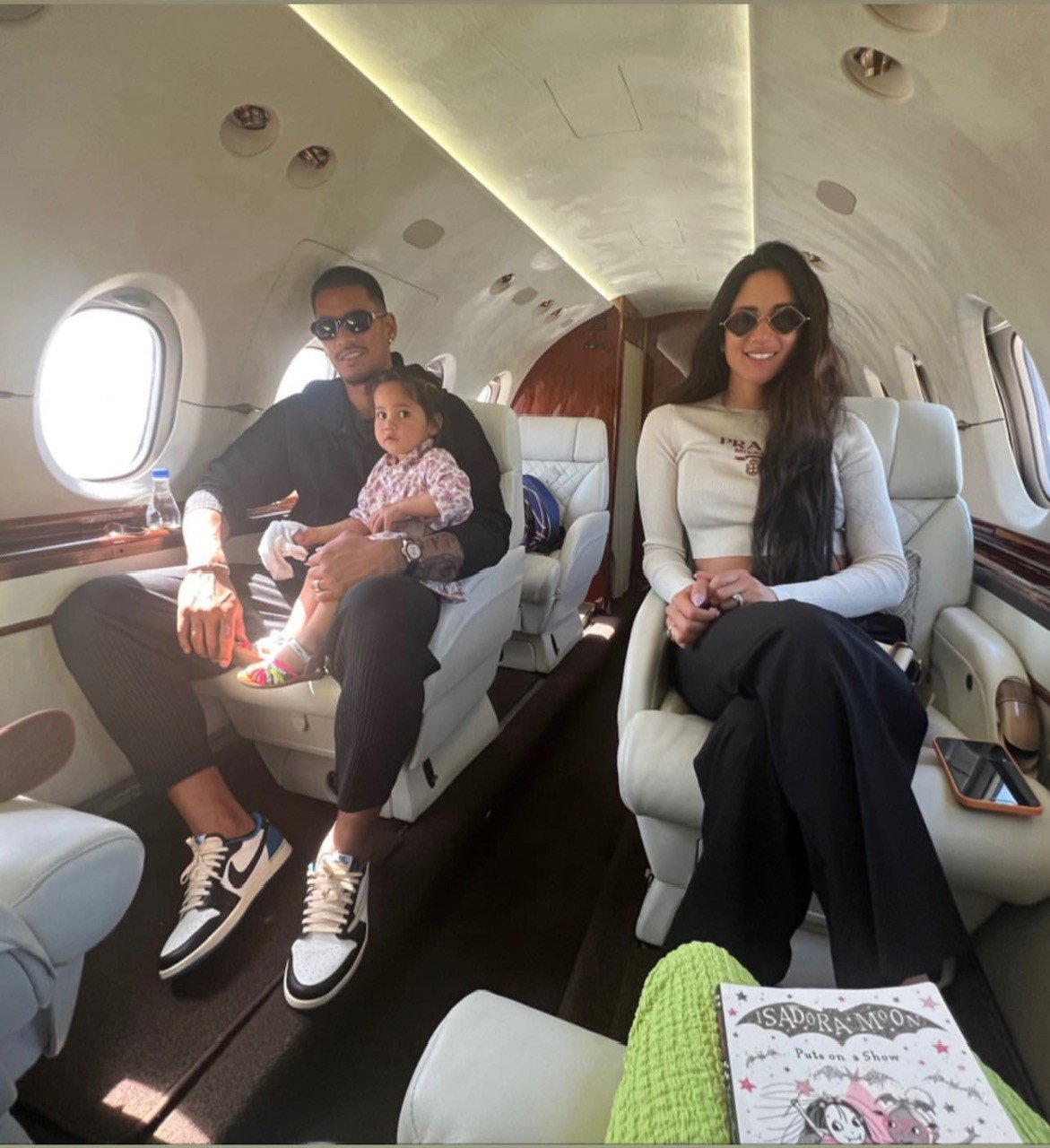 No sooner did Alphonse Areola arrive in the UK than he jetted out again – this time on holiday with his family.

The on-loan shot-stopper posted a photo of his family and himself on a private jet.

Yesterday afternoon he posted a story on Instagram with his young family.

The PSG player is on loan with the Hammers until the end of June but is entitled to four week’s holiday after his international duty with France where he was an unused substitute.

He earns £125,000 a week with the French club but West Ham have only been paying £25,000 of that.  The Hammers are thought to have triggered a £7.6m clause to permanently buy the keeper but personal terms still need to be resolved.

It is hoped that the Irons can come to some compromise around the £85,000 per week package but he is yet to sit down with the club and his agent.

Areola was represented by agent Mino Raiola who sadly died at the end of April, it is not known who represents the 29-year-old Frenchman now.

Players are due to report for training on Monday 27th June although those on international duty will have a little longer before they return.