Slave Bilic: ‘I should have left after the second season’ 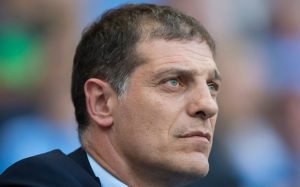 Former West Ham manager Slaven Bilic has revealed he should have left the club after his second season in charge. Bilic, who was sacked as West Ham boss in November last year, explained he didn’t start his third season from ‘zero’, as he had to face several off-field issues including three away games and many injuries. He stressed he wasn’t making excuses now but the Croatian manager admitted his time out of the game has been refreshing as well, as he had time to reflect on his years in management.

He told the BBC “The first two seasons I see as a big success and I am very proud of them, the first one we broke so many records, the second one I wouldn’t swap it for the first one because with all those problems with surgery, moving the stadium, at the end we managed well. And then I probably made a mistake, I should have left to be fair, I should have left after the second season. I didn’t start from zero I started already in minus if you add to that three away games, the games were away games and a lot of players who didn’t do the pre-season because of their injuries and their surgeries. It ended as it ended. No alibis, no excuses but if I had this knowledge then I would make some things a little bit different’

The whole one-hour BBC Sportsweek programme can be listened to at https://www.bbc.co.uk/programmes/b09sm8ff#play

3 comments on “Slave Bilic: ‘I should have left after the second season’”