Board ready to back Moyes on priority signing 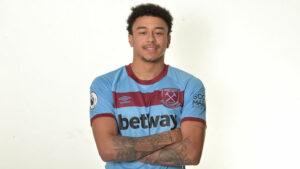 David Moyes has made it clear to the Hammers board that Jesse Lingard is his absolute priority for the summer window.

Stories have started to circulate  that Manchester United could be ready to offer the 28 year old a new deal but the Hammers boss sees him as a vital addition to the Irons squad.

And we understand that the club is ready to ensure that one way or another they find the cash to bring the midfielder into the London Stadium on a permanent basis.

Moyes also wants a striker but with Lingard on board he has a crucial addition to his attacking options and the club are believed to be ready to go all the way on Lingard for a boss who will have been awarded his own new contract – likely to be for two years.

Sources inside the club have seen Lingard become a permanent Hammer in all but name since arriving such is his joy at being a part of the squad.

And although he has yet to speak publicly on his future he remains desperately keen to become a Hammer according to those close to him.

4 comments on “Board ready to back Moyes on priority signing”