Batfair last night suspending betting on David Moyes becoming the next Premier League manager to be sacked. This coincided with former Liverpool & Chelsea boss Rafa Benitez being installed as the favourite for the Hammers job.

The former Champions League winner has been coveted by West Ham for many years. Chairman David Sullivan made an approach for the Spaniard following the departure Slaven Bilic in 2017. 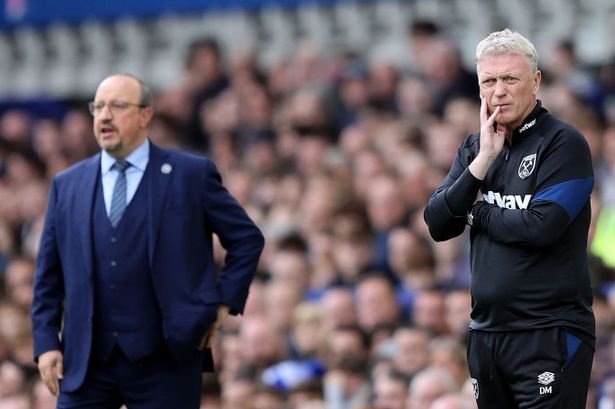 The Hammers have now failed to win a Premier League game since October. Since then, we have suffered six defeats in seven Premier League matches, with a solitary point coming against Leeds.

The situation becomes even more interesting with the arrival of Benitez’s former club Everton at the London Stadium this weekend. The fixture which is being labeled ‘El Sackico’ with both David Moyes and Toffee’s manager Frank Lampard on the cusp of losing their jobs.

Various outlets were last night denying any approach for Benitez, but given the clubs previous interest, I would not be surprised if there was some truth in it.