Bowen’s a Hammer …in extra time! 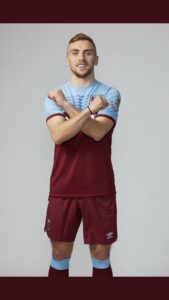 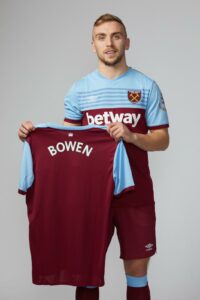 West Ham have signed Jarrod Bowen in a deal which went into extra time to 15 minutes after the transfer deadline.

The club took advantage of the hour extension granted by the Premier League to snap up the former Hull winger in a deal which has been described by some pundits as the best of the window.

Bowen, despite reports from SSN and followed up elsewhere that he had had a medical at West Ham today and was in London throughout Friday,  in fact didn’t arrive in the capital until 8.59 pm from Leeds where he had his medical earlier.

The 23 year old arrived by blacked out cab at the stadium at around 9.30pm, leaving just two and a half hours to get the contract agreed which was finally sorted at around 11.15pm.

Our information is that the delay was hindered by agreeing a massive agent’s fee, circumnavigating the possibility of a 50 per cent cut rise should we be relegated and negotiations surrounding an escape clause should that be the case.

Now, however, the 23 year old is a Hammer having already scored 22 goals for Hull this season and becoming one of the most exciting forward/wingers in the Championship.

He joins Darren Randolph and Tomas Soucek as the three players to arrive at the London Stadium this January.