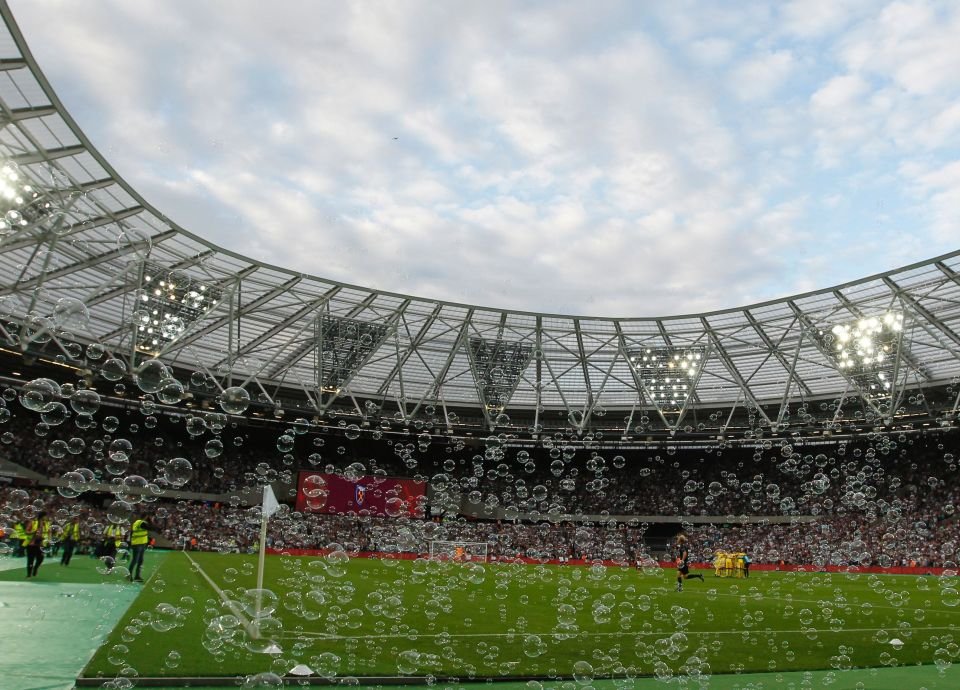 Bubbles fill the air ahead of the qualifying third round second leg Europa League football match between West Ham United and NK Domzale at the London Stadium in east London on August 4, 2016. West Ham are playing their first competitive match at their new home, the London 2012 Olympic Stadium, against Slovenia’s NK Domzale in the third qualifying round of the Europa League. / AFP PHOTO / Ian KINGTONIAN KINGTON/AFP/Getty Images

Karren Brady has used her column in The Sun to declare that hearing ‘Bubbles’ ring around the London Stadium at the opening game was more emotional than she could ever have imagined.

In fact she explained: “I make no bones about it, when ‘Bubbles’ rung out for the first time, I had a lump in my throat.”

And she writes: “It was the end of one journey and the start of another. A journey that I hope will see this football club rise to the very top.

It has the heart, the history, the fan base and now the stadium. It was a landmark moment that we’ve been working towards for six long years. A moment that many thought would never come.

But it’s one that I’m immensely proud of and always will be — in fact, I think it is my greatest achievement

We were determined to reach out to a younger demographic and our unprecedented pricing model said as much.

At a time when there is more money in the game than ever before, we were wholeheartedly committed to affordable football.”

← Ayew: ‘Players had great things to say about manager’
Savage hands down his Hammers prediction →
Click Here for Comments >