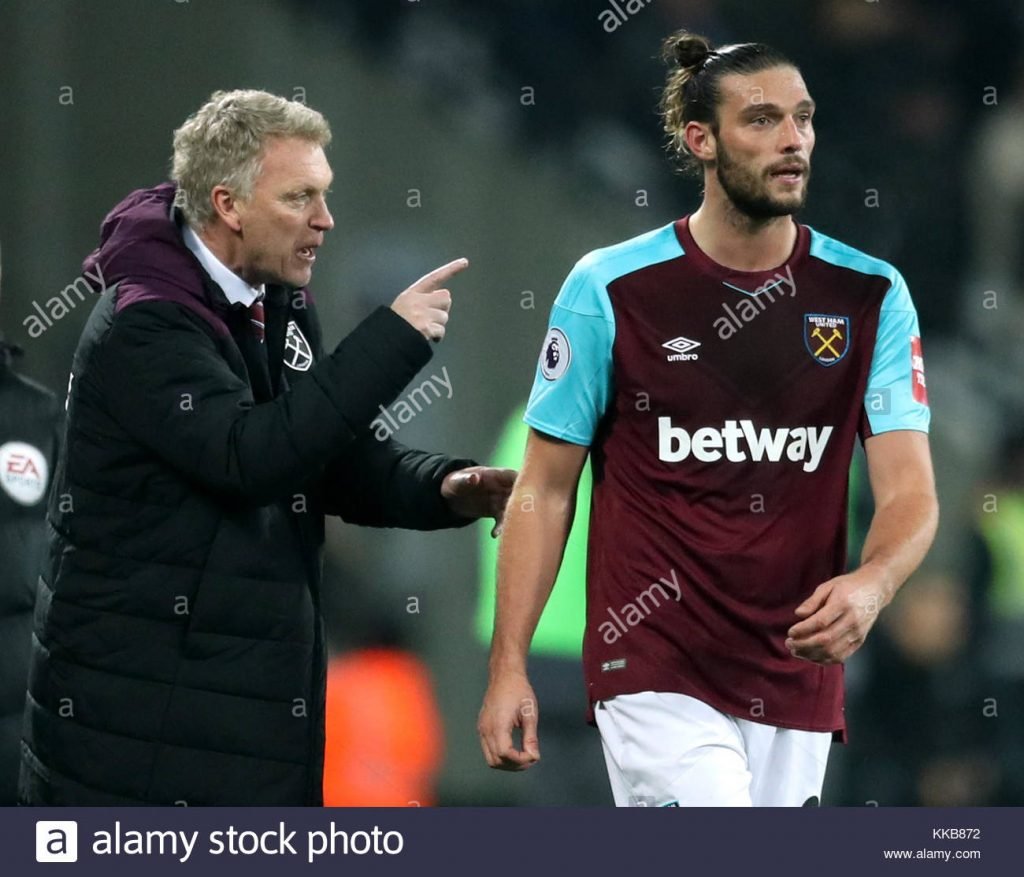 Andy Carroll has turned out a loser in his confrontation with manager David Moyes during a training ground meeting this morning (Mon).

The striker, who stomped out of the dug out after being ignored as a second half sub against Manchester City, had an eyeball to eyeball meeting with the manager at Rush Green.

Amid rumours that the event became quite “physical” – which have now been denied to CandH – he and Moyes refused to budge from their their respective positions.

And eventually – with no apology for his behaviour coming from the striker – Moyes sent him home meaning he missed the first day of the build up to the game at Leicester City on Saturday.

ClaretandHugh was told: ” The meeting was 100 per cent not physical but given there was no ‘sorry gaffer’ forthcoming so the player was sent home. ”

However, another source claimed there was some sympathy for Carroll among the squad claiming that he hadn’t moved from the bench until the final substitution had been made.

Moyes took the view that in all circumstances the squad sticks together and behind each other until the 90 minutes is played out.

7 comments on “Carroll sent home after refusing to apologise”