Posted by Dave Langton on February 22, 2022 in News, Whispers

Brennan Johnson is set for contract talks with Nottingham Forest amid links with a number of Premier League clubs, including the Hammers.

We reported earlier today that Ex has reported that there is interest from West Ham in a deal to sign Johnson from the Championship club. 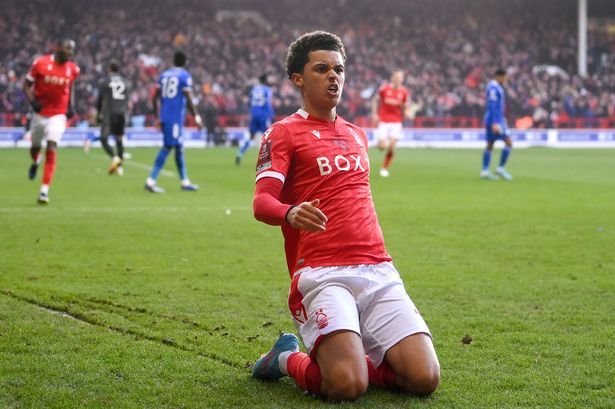 He has enjoyed an incredibly impressive season in the second-tier this term, scoring nine goals and laying on five assists in the Championship, while also scoring in the mightily impressive 4-1 FA Cup win over Leicester.

Brentford were interested in a deal to sign the 20-year-old in the January transfer window and made a bid worth £10m, although they saw it rejected.

And The London Evening Standard now reports that there is also interest from Crystal Palace in a deal to take Johnson into the Premier League.

David Johnson is Brennan’s father and also operates as his agent, and he has confirmed that talks are ongoing over a potential extension to his current contract, which is set to expire in 2023.

Speaking to the Garibaldi Red podcast, as transcribed by The London Evening Standard, he said: “We knew Brennan was always going to stay through the January window. I spoke to the owner and had a very good chat.

“He told me how he sees the club and its future. We said great, we’ll carry on talks. There’s 15 games to go so let’s sit down and try to get something sorted by the end of the season.”