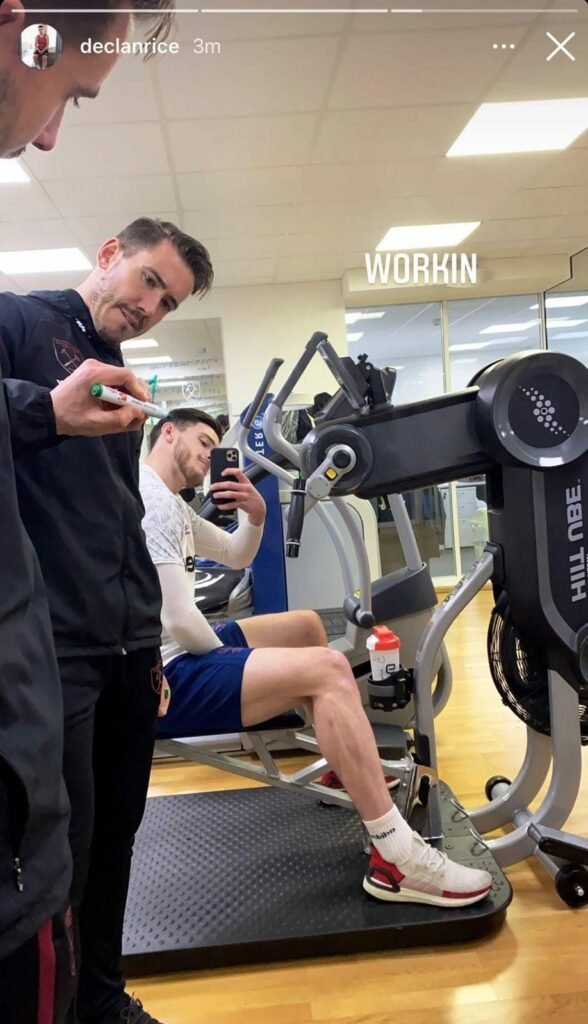 West Ham are hopeful we will see Declan Rice back in action for the last three games of the season.

The early signs are that the club’s crown jewel will miss five weeks and he is already back in the gym starting his rehab.

He was of course injured during the international game against Poland and there were fears after his return to Rush Green he could possibly need surgery if the self healing process took too long.

But we understand that he is already things are looking much better and that it is far more more likely to be a five week lay off .

It means he will miss the games against Leicester City, Newcastle United, Chelsea, Burnley, and Everton with his potential return game against Brighton away.

That will be followed by West Brom at the Hawthorns and Southampton in the final game of the season.

Having never been injured until now it could of course turn out that he is a quick healer but club medics are looking at the five week lay off with some optimism.