Declan: “I’m proud to play in front of these fans”

Declan Rice has spoken of his very special relationship with the Hammers fans and how dejected he is the team couldn’t win the Europa League for Nobes.

Criticising this squad is a nonsense. They have done brilliantly and the manager has been superb. What happens in the summer and next season is for another place and another time.

Now  we need to be proud and after a night’s sleep maybe I shouldn’t have been as rough on Cressie who wasn’t helped by the rest of the defence when being left on the wrong side of the last man and being sent off.

Declan was as gutted as it’s possible to be and spoke to www,whufc.com after the game and recalling how the excitement had kicked in at West Brom after the squad had qualified for the competition.

And he certainly didn’t sound like a guy who was planning a summer departure saying: There’s something special about West Ham fans. How much they care about you. How much they talk about you. Of course it’s not been playing sailing over the years, but there’s been some light this year in terms of what we’ve done as a team.

I’m proud to play in front of those fans that cheer and shout my name. I’ve been sent videos of them in the Frankfurt town centre. One of my mate is a West Ham fan who has been to every away game. It’s special. We deserve those nights and I’m just gutted. We see Rangers are in the final and what a final that could have been. It was not meant to be.

These things happen in football. We’ll come again and I want to say a big thank you to the fans for all their support. There are three games to go.”

But he was thinking about Nobes last night adding: “Forget me. Forget the lads. I only really wanted to win this for Nobes.

It wasn’t meant to be. We will go again, and we will make his last game special.! 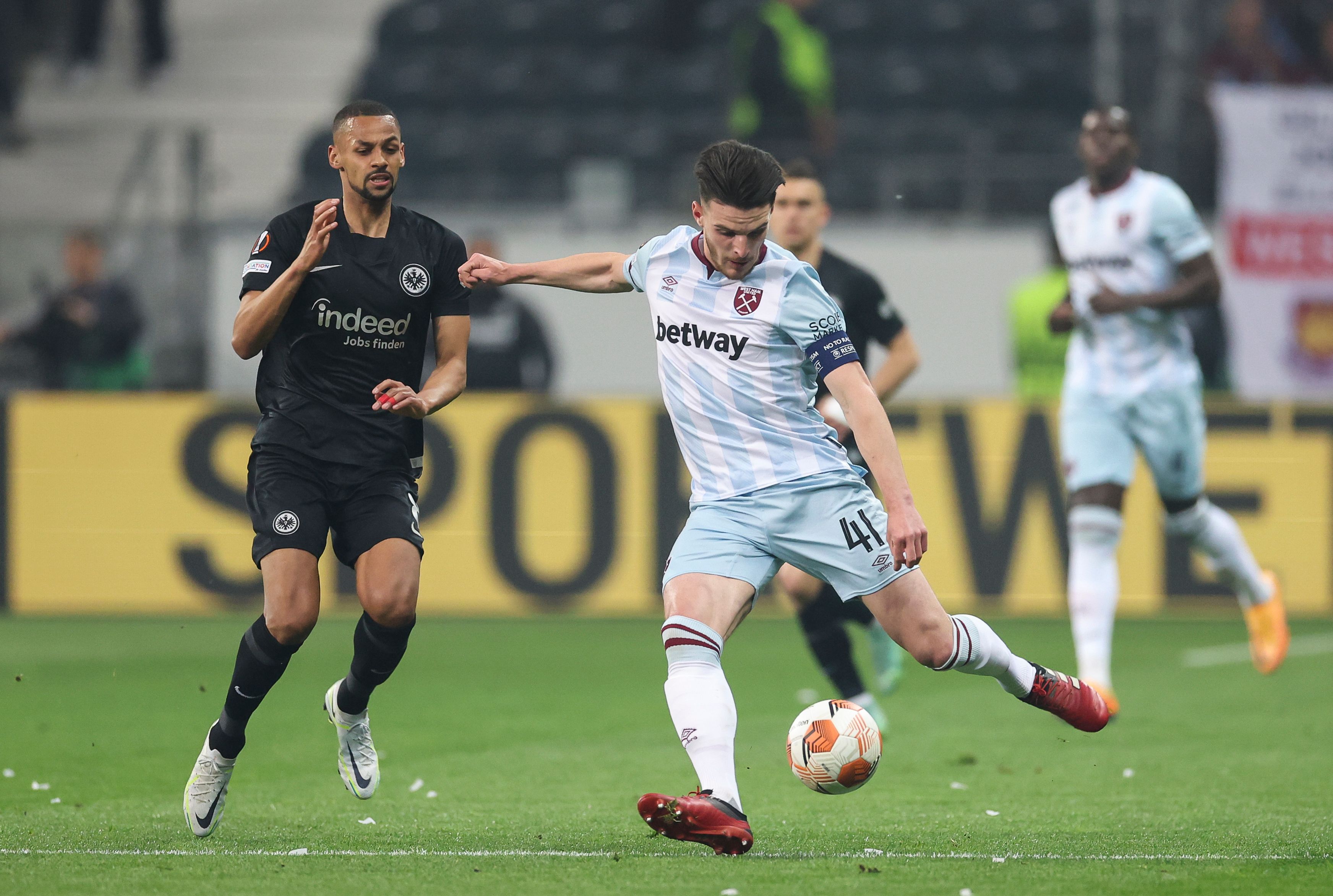 He added: “I’m really proud of the lads. Just taking it back to last season, when we found out we would be getting European football, at West Bromwich Albion away, we had that buzz, that excitement, of knowing we were going to be playing here. And then actually playing in the competition and doing as well as we’ve done, I’m so proud of everyone.

We’ve proved as a Club – as a set of players and as fans – that we deserve those European nights. We deserve the hype. We’ve beaten some great teams over two legs but it just wasn’t meant to be. You can’t go back and change things now. It’s sickening and it’s gutting, but we’ll be back and we’re ready to have a strong end to the season now.

It’s sickening. The lads are gutted. I’m gutted, but I’ve been in this position before. I’ve lost in the European Championship Final and we couldn’t go any lower than that, but this is as low as that as well. But I’ve learned from that and the lads need to learn that we will be back. These are great experiences from our careers, and I’m sure we’ll come again. “

2 comments on “Declan: “I’m proud to play in front of these fans””