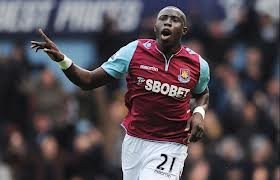 Mohamed Diame is reported to have “distanced himself” from stories he is  unhappy at West Ham United.

But an odd story in the Mail on Sunday reports that he  privately seeking to clarify he is fully behind manager Sam Allardyce and is ready and willing to fight for the team in whatever position he is asked to play.

What makes it odd is that despite the claim there are no quotes from the player himself to support it!

Diame has allegedly attracted interest from north London outfits Arsenal and Tottenham in the past and said earlier this month that he has ambitions to play for a top six English club.

However, despite him being available at £3.5 million due to a release clause in his contract, a club source told ClaretandHugh they had not received a single offer for the player.

He said: “It would be a very straightforward deal to do but for all the rumours we haven’t received any interest at all.”