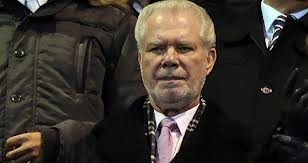 David Gold has described the 1-1 draw against West Bromwich Albion as ” a bad day at the office” and has refused to make excuses for the performance.

Nor does he believe that the players can use “fatigue” as a reason for not performing better adding: “It was the same for both teams – in fact worse for Albion because they had to travel.”

He told ClaretandHugh: “It wasn’t our day but there’s no way I can or will make excuses for the display. Our worst performance of the season was probably against Southampton but this one was  poor.

“We got the first goal and had a great start but then a team that is struggling at the wrong end of the table went up the other end and got an equaliser.

“This was a disappointing performance in a game we expected to win and one point from nine over the Christmas was also disappointing.

“We move on to the FA Cup and put it behind us.”