Double deal could save Celta Vigo 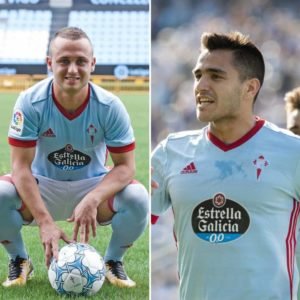 Celta Vigo finished just one place above the relegation zone from La Liga last season despite the inclusion of Maxi Gomez and Stanislav Lobotka in their first team. It just goes to show that two players can’t carry a whole team and now is the best time to cash to help overhaul their squad this summer.

Although the Spanish club has slapped a £44.5m release clause on each player they are likely to accept less this summer and a £60m combined bid for the pair might be enough to tempt Celta Vigo to sell to the Hammers.

£60m would go a long way in La Liga and with that, they could transform their squad to ensure that they are not fighting relegation again next season.

It also makes sense to conclude this business as early as possible in the transfer window for Celta Vigo to enable them time to spend the £60m windfall as wisely as possible by landing their transfer targets.

3 comments on “Double deal could save Celta Vigo”