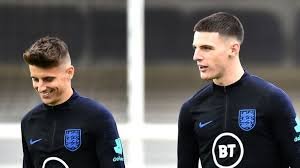 k I understand that journalists are not key workers LOL

And in any event I am self isolating and trying to find topics to write about when every day is obviously a slow news day.

That’s why it’s no surprise to see the Declan Rice/ Chelsea story raised again – this time by the much admired ExWHUemployee.

Ex is continuing to run his podcast in these dark days and has his own take on whether the story is realistic or just another of those pumped out when there’s not much around.

Here is the view he gave on the podcast when giving an update on the current situation: “There was talk of Declan Rice and Chelsea being interested. I think Chelsea, like all big clubs, have been monitoring him for a long time now, and they are interested.

Obviously, Declan was a big Chelsea fan as a kid, I know they released him so you’d like to think he’d stick two fingers up to them, but he is a massive Chelsea fan.

Fair enough but whether even Chelsea would go to the £70 million minimum required by West Ham is a very big question indeed as the game continues to stare at it’s uncertain future and uncertain revenue flows.

As Ex says it would be silly if clubs weren’t interested but at the same time lets remember that we would be silly to sell at anything less than the sort of value currently registered by the Hammers.

One comment on “Ex gives his Rice /Chelsea view”