The Irons are said to have been scouting the French top-flight throughout the season and have now made an enquiry for Moffi, who was also linked with the club in the summer. 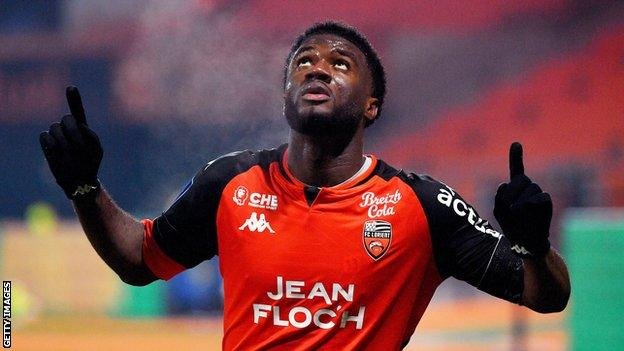 Moffi has scored 10 goals in 16 games in the French top-flight this term and has also won seven caps for Nigeria.

Ex wrote on Patreon that the club have asked Lorient about Moffi’s availability, and there is also said to be interest from Southampton.

Ex claims that Moffi’s agent is keen on earning a move to England, but it remains to be seen if the Irons will be able to strike a deal in the January window.

The 23-year-old has a contract with Lorient until 2024, so the French club may well be minded to cash in.

Moffi is primarily a centre-forward, although he can also play on the wing.