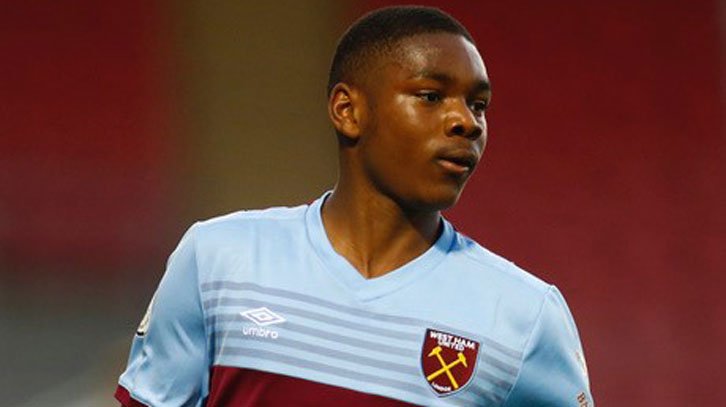 Teenager Jamal Baptise seen as the next Rio Ferdinand

The reality of Brexit when fewer players from overseas will be allowed into our Premier League clubs, along with the pandemic,  has shown the importance of an effective academy and at West Ham we have reason to look forward with confidence.

In an era when most believe we should ‘spend spend spend’  and spend again to achieve success that players such as Declan have emerged and others are on their way through after several barren year should be a matter of great rejoicing.

The days of community and home bred players are on their way back at West Ham and in an era when corporate has been in charge it’s great news.

Speaking to former Academy director Terry Westley last night was an eye opener and  he remains as utterly thrilled with Declan as the rest of us.

“What an astonishing story,” said. “I’m not sure we aren’t taking him for granted which is a fantastic tribute to the lad.

Everything that happens on and off the pitch with him is remarkable – his leadership as captain has been inspirational and the level of performance remarkable by an standards you want to judge by.”

We also saw Grady Diangana emerge and earn the club £18 million when joining West Brom which despite the semi outrage has turned out to be very good business.

Ben Johnson has been used by the manager in a variety of positions this season and is clearly a player of promise.

Now – according to Terry, a man we can trust – Conor Coventry is ready to become the midfield cover for either Dec or Tomas Soucek, which is one heck of a shout and comes as the lad is upgraded to the full Republic of Ireland squad.

Terry has made it crystal too that in central defender Jamal Baptiste who was playing under 23 football at 15 and is now 17 years old the Hammers have – in his opinion – the next Rio Ferdinand.

There are others although sadly one of the most promising, Nathan Holland, has regular injuries,  and another central defender Ajibola Alese – currently on loan at Cambridge United – and very highly rated.

Predictions are one thing, fulfilment is another but the academy in terms of finance  costs around £10 million a year to run.

And at 17 and 18 the best players can walk away and we get very little compensation which makes something seriously wrong with the rules as was demonstrated by the Jeremy Ngakia affair.

This club of course was once known as the Academy of Football – there are signs that at just the right time with things changed on the European order we may again be on the cusp of something great.