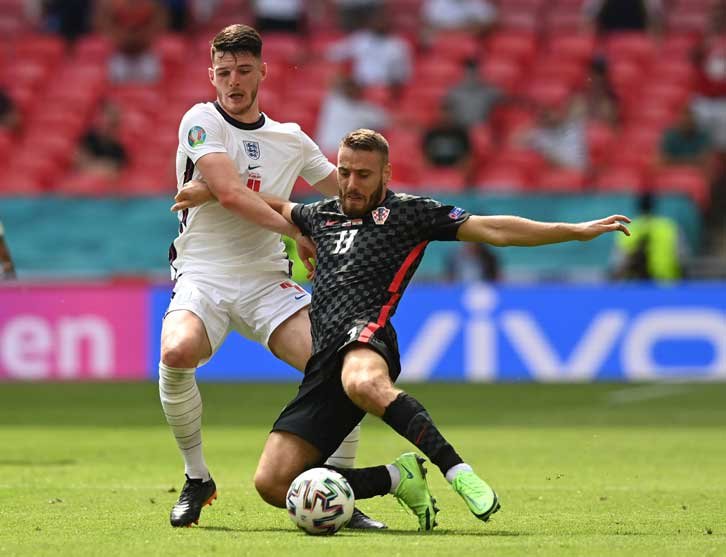 Declan Rice’s indifferent club form extended into his England performance last night …at least according to the newspaper ratings .

The Hammers skipper was on the pitch for 90 minutes as England fought back to claim a 3-3 draw against Germany at Wembley.

Dec’s form – like the rest of the Hammers squad in the main – has been pretty average by his own high standards and the situation was the the same last night as he struggled to make a serious impact.

England were a goal down at half-time, but an entertaining final 45 minutes saw the Three Lions take a 3-2 lead before Kai Havertz pounced on a goalkeeping mistake to ensure the points were shared.

The two who did impress were Luke Shaw and Jude Bellingham nut Harry Maguire was again in p[opopr shape whilst Nick Pope was certainly not at his best.

Bone of those handing out the ratings appeared to be over impressed with Declan who received the following ratings.

The Evening Standard weren’t much more generous and said Rice “struggled” against Germany’s duo of Ilkay Gundogan and Joshua Kimmich.

The Sun echoed others with a 6/10 rating for Rice, but slated his handling of Jamal Musiala, with the Germany star leaving him “flummoxed” on multiple occasions.