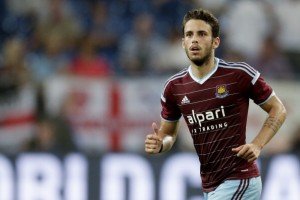 The Uruguay under-21 international saw his development stall with the Hammers despite a bright future being predicted for the midfielder after joining from Charlton.

But now the 21-year-old is close to securing a deal with Steve McClaren’s side in an effort to get his career back on track.

And the opportunity to bring in another midfielder outside of the transfer window is too good to pass up.