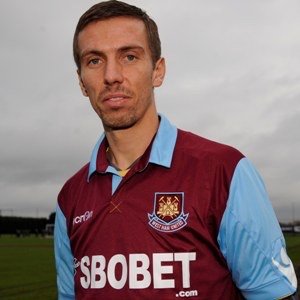 ormer Irons midfielder Gary O’Neill has added his name to the lost of those who have admired the club’s summer transfer activity.

The Norwich City player – who left QPR last summer after joining them from the Hammers – has taken to Twitter to let David Gold know how well the club has done in the market.

Alex Song, in particular, was the subject of his admiration, as he declared: “was a great signing David! You guys done some fantastic business in the summer #whufc

Gold broke the news of O’Neill’s departure on the social network when he left in the summer of 2013 after being released by the club.

The 31-year-old now at Championship outfit Norwich finds his new club sitting 10th in the table.