But I hope it won’t be a case  of deja vous and a replica of what happened to Slaven Bilic and later Manuel Pellegrini in their second year,. 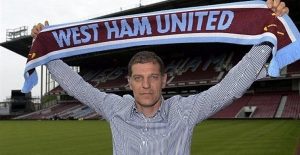 The received wisdom appears to be that we are on our way at long, long last to the next level and under a born-again David Moyes I believe that could well be the case.

His first job on arriving at the club for the second time was to repair what had become a badly damaged reputation and he has succeeded brilliantly.

His second job was to ensure that he became clearly in charge of all football matters and he seems to have managed to as well. His fingerprints are all over the gaff. 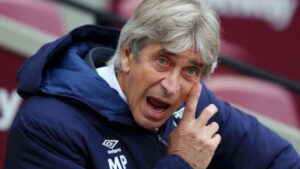 His third task was to restore the spirit of a badly damaged squad – job done and his fourth will be to maintain the incredible momentum and take us forward. and  into the top six on a regular basis.

Right now Moyes is the man of the moment and rightly so but let’s be careful before getting too carried away because second seasons can often be chastening experiences.

It found out Slaven and it certainly kicked Pellegrini up the butt and the same has been seen elsewhere as was the case with Chris Wilder  at Sheffield United.

He too was knocking on the Euro door with his first season Blades team – second time around they were horribly relegated.

I expect nothing of that nature to befall the Hammers but down the years – like so many Irons  – I’ve learned to be very circumspect in  making hugely optimistic predictions.

It’s also as well to remember this has been a far from normal season with the absence of crowds somehow – I believe – producing results far from the norm.

It’s impossible to explain the whys of that but I think it’s unlikely to truly see how far we have come until a dozen of next season’s games have been played.

We know that we have a great midfield when Dec and Tomas are together and that by and large the defence is now pretty well organised.

We need additions and the board needs to build on what’s been achieved with some wise investment.

Whatever happens next my heartiest congratulations go out to the boss and the boys on a season when at long long last one could do a bit of bragging.

But the acid test for the team and club will come next season in my view so we are hanging in and hoping for the very best.