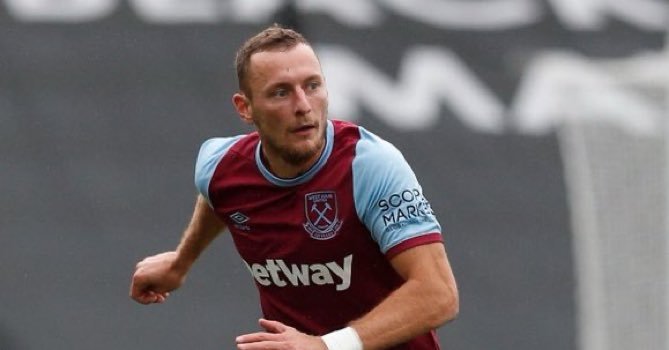 Sky Sports pressed the Hammer who seemed uneasy to discuss the issue on camera, pushed for an answer Coufal said ”

“Of course, everyone from the Czech team stands by Ondrej and everyone is glad that he is here,” Coufal said.

“He is an important part of our squad. Other things that happened, I can’t comment on.

“I think Ondrej is happy he could be here. He is a big professional and for him, it’s no problem.”

Kudela’s club Slavia Prague have vehemently denied the accusations of “vile racist abuse” relating to the game in Glasgow on March 18, but Police Scotland confirmed last week they are investigating the incident.

The incident occurred when Kudela and Slavia Prague faced Rangers in the second leg of a Europa League last-16 tie at Ibrox earlier this month.

One comment on “Hammer reluctant to discuss alleged racial abuse”