Posted by Sean Whetstone on December 24, 2020 in News, Whispers 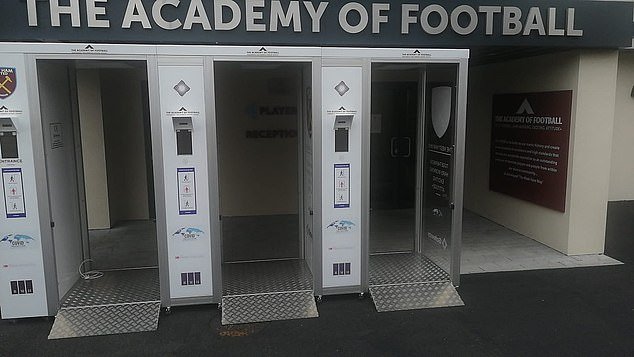 The West Ham Academy will remain shut until next year.

Last week the Hammers released a club statement to say that the Club’s U18s, U23s and women’s would be rescheduled.

They confirmed that a small number of individuals have returned positive tests for COVID-19 so they wanted to prioritise everyone’s safety and wellbeing of paramount importance.

The individuals concerned immediately began a period of self-isolation in accordance with Public Health England and Government guidelines and protocols.

As a precaution, the Club’s Chadwell Heath training site – home to the West Ham United Academy and the women’s first-team squad was closed.  The site will undergo deep cleaning during this period.

West Ham Women first game in the new year is 9th January away to Manchester City with a home game against Spurs on 17th January.

The Academy Premier League 2 side don’t play until 15th January when they take on Chelsea followed by Spurs on 22nd January.

The Academy U18 team are scheduled to face Leceister City on 9th January at home at Little Health.