Hammers get a £28m demand 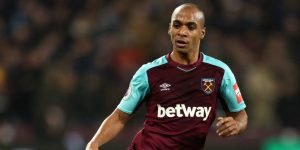 However, the midfielder’s performances have been so patchy there is no chance of the Hammers paying even half of that after he has consistently failed to live up to David Moyes’ expectations.
He has made eight appearances in the  scoring once and assisting once which is way below what was wanted when the manager was looking for Manu Lanzini cover and moved in during the winter window..

But according to some European observers should he do well in the Russia World Cup Inter believe they will have a chance of offloading him although it is certainly not likely to be to West Ham.