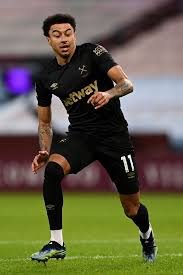 Angelo Ogbonna’s absence from the match against Sheffield United is a blow of course but the Hammers remain in decent shape for the game against the Blades.

We understand that Fabian Balbuena will be available for the game to partner the hugely impressive Craig Dawson at central defence.

Issa Diop’s troubled season continues however and he will be assessed under the concussion guidelines after missing games earlier having tested positive for Covid.

Mikey Antonio is fully expected to be available for a game which will see the Irons looking for goals after failing to find the net against either Fulham in last weekend’s Premier League match or the fifth round FA Cup tie against Manchester United.

The Hammers also have Jesse Lingard available for the game and despite the lock out at Craven Cottage and at Old Trafford his partnership with both the No 30 and Said Benrahma looked distinctly promising against Aston Villa.

One comment on “Hammers in decent shape after Oggy blow”