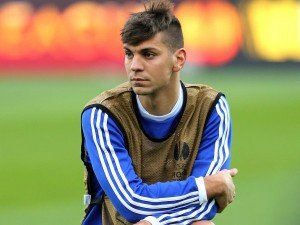 According to Gianluca Di Marzio, West Ham have opened negotiations with Dynamo Kiev over signing defender Aleksandar Dragovic. The 24-year-old centre back who has recently been linked with a move to Manchester United

The report says that, if West Ham can’t seal a move for Dragovic, they will turn their attention to Juventus defender Angelo Ogbonna but they claim talks underway with Dynamo Kiev.

Back in November 2014 Claret and Hugh reported that Aleksandar Dragovic was being watched by club scouts when Austria played Russia. Dragovic has been capped 35 times for Austria.

Aleksandar Dragovic started his career by playing in the youth teams of Austrian giants Austria Wien In 2011 he transferred to FC Basel in the Swiss Super League for whom he appeared 77 times scoring 4 goals. In the summer of  2013, Dragovic signed a 5 year contract with the Ukrainian club FC Dynamo Kiev.