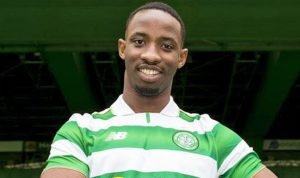 West Ham have been the latest club to be linked with a move for Celtic striker Moussa Dembele, a report in the Sunday People claims. Dembele scored his 17th goal of the season as the Bhoys beat Aberdeen 3-0 to secure the Scottish League Cup on Sunday and is already attracting interest from a string of top European sides, according to reports.

Manchester United, Chelsea  and Arsenal are all reported to have sent scouts to watch the striker, with previous interest from  Barcelona and Real Madrid.

According to the Sunday People, Bilic is “on the lookout for a new striker as he battles to save his job”, with Inter Milan’s Stevan Jovetic and Juventus’ Mario Mandzukic both on his list of targets, along with Dembele.”

However Moussa Dembele says he will “100 per cent” stay at Celtic despite being linked with numerous clubs.

Previously speaking to the Daily Mail, Dembele rejected that he was set to move away from Scotland in the near future.

“That is what everyone is saying but I haven’t said that,” said Dembele when quizzed on the transfer speculation. “For me, I am here until the end of my contract and for many years.It is not something I think about. I don’t listen to those stories.”

← Hammers linked with Lyon playmaker
Bilic and Mourinho’s bottle: ‘He hit it too good’ →
Click Here for Comments >