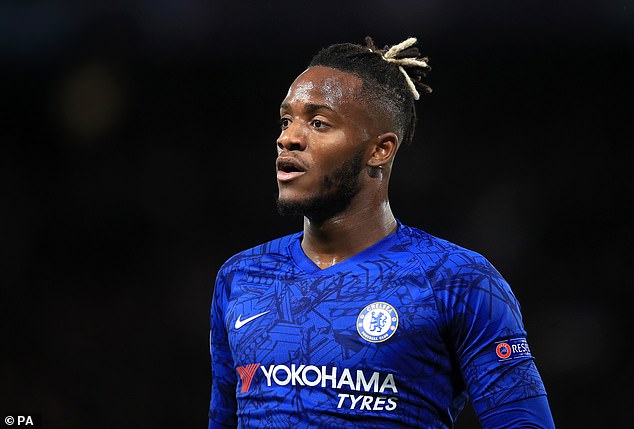 A one time Hammers target Michy Batshuayi could be available this summer as Chelsea look to move the striker off their books with his contract running out next year.

However, with the 26 year old having been unable to make his mark at Stamford Bridge after Chelsea grabbed him from under our noses in 2016 he would have to come at a big knockdown price.

The striker has been loaned out three times during his time in London – to Borussia Dortmund, Valencia and Palace having been unable to nail a regular place at the Bridge.

And the Hammers have allegedly been in the running to want him on each of those occasions but e instead chose to go elsewhere which doesn’t augur well for their chances this time around if indeed the speculation is to be believed at all.

The Irons manager David Moyes certainly needs a striker and has made the position a priority but Batshuyai’s goals record is uninspiring given the Blues would want a minimum of £15-£20 million.

He has made just one Premier League start this season as he has struggled to force his way into manager Frank Lampard’s plans.

As reported by HLN, West Ham may be interested but the record of the player and his apparent unwillingess to join us earlier may well have changed things!