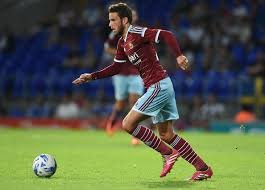 West Ham were this morning claiming there had been no contact from Watford or Huddersfield over a possible loan move for Diego Poyet.

The 19 year old has already spent a spell at Huddersfield when he made two appearances last year and it has been widely speculated that his former Charlton boss Chris Powell is ready to move in again.

It is also thought that Watford are ready to take the player but this morning we were told that as yet there has been no contact from either club.

A source told ClaretandHugh: “We are aware of all the speculation but at this stage we have heard nothing from either of them.

“That can of course change from hour to hour in the window although it would have to be given a lot of thought on our part as he is a valuable squad player and we are short on  numbers at the moment.”