West Ham appear poised to win the race to sign Joe Worrall from Nottingham Forest in the summer and could use left-back Emmanuel Longelo as a makeweight in a deal.

The Hammers have a real interest in signing the central defender and are keeping close tabs on his development. 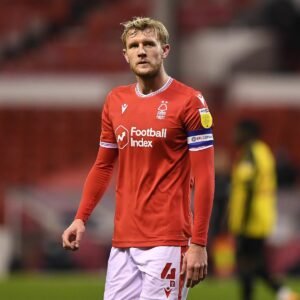 Forest are only two points off the play-offs and are continuing to push for promotion to the Premier League.

Everton also hold an interest in signing Worrall but they are mired in a relegation battle and could be playing Championship football next season.

But there is a desire at the London Stadium to strengthen the backline and Worrall is seen as an attainable target regardless of whether they win promotion or not.

Worrall is very much a Moyes type playerm going in where it hurts and a real boss defensively on the pitch.

Forest made a bid to sign Longelo in January and he could be used as a part-exchange option in a player-plus-cash deal in the summer, according to a top club insider.

Longelo is desperate for first-team football but has struggled to make a breakthrough at West Ham, making just two senior appearances for the club.