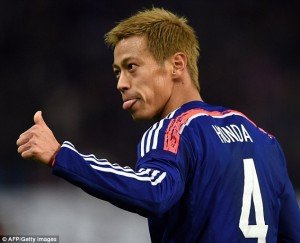 Morning reports that West Ham are eyeing a cut price move for AC Milan playmaker Keisuke Honda have been ruled out by the club.

The report emerged in The Sun where it was reported the 77 times capped Japan international has attracted our attention and that a £5 million fee could be involved.

The 29 year old AC Milan player has managed fewer than 300 minutes of Serie A action this term in seven appearances – three of which have been as a substitute.

And this morning CandH sources declared “no interest” and repeated their position of last night saying: “We are out of cash and up to our limits on FFP.

“Players will definitely have to leave for anything to happen on us bringing players in but as the manager has explained very adequately, we did our business in the summer and are not looking to add to the squad at this stage.”