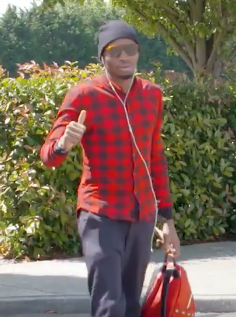 Diafra Sakho will tomorrow meet  Slaven Bilic at the Rush Green Training Ground and should he choose not to turn up will be fined a week’s wages – £27k.

And that would come on top of the £54k the club will take from him his monthly pay cheque for his trip to France which resulted in two days of missed training.

The club are entirely fed up with the Senegal international’s tantrums and will take a seriously hard line with him after his latest attempt to hold the club to ransom.

He will be told in no uncertain terms that any more issues which see him cross the line will be treated with regular fines and that he should now settle down to securing a new West Ham deal in January or be given the chance to move on should the right offer be made.

ClaretandHugh has discovered the Hammers have placed a £15 million price tag on the striker which is as low as it gets in the market this summer.

But Bilic will tell him that should he play in at least half the games between now and January and score a minimum of six goals the club will honour their promise of a move or new deal.

He will also be told that he has let himself,  the club, but chiefly the fans down and that the time has  come for him to get his life in order and repay West Ham United with the performances of which he is capable.

But any sort of transgression will bow be punished with a fine each time leaving the striker in a difficult financial position.