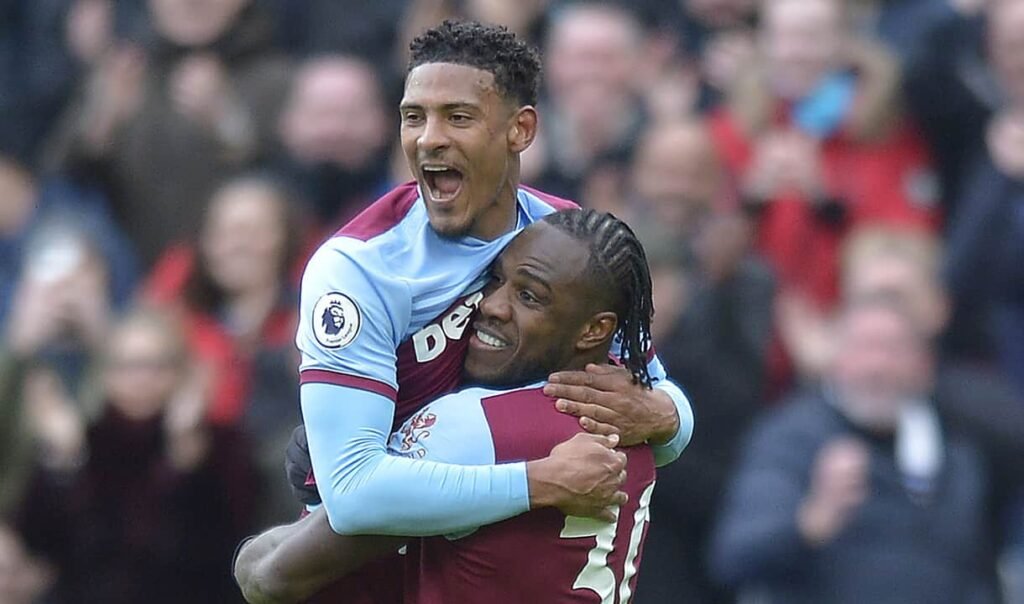 Seb and Mikey – preparing to strike fear into defences again.

It seems to have been so long but in real terms we have only been away for a fortnight – hard though that has been to take.

We were of course beaten at the death by Arsenal before the Wolves match was postponed and are now being  forced to wait patiently for the next game – probably Spurs and hopefully in June at some stage.

It’s easy to forget so let’s remind ourselves of where we are with our team at the moment and assuming everybody is free of virus symptoms the sort of starting X1 we will be putting onto the pitch.

In goal and at the back the set-up speaks for itself with Fab, Ngakia, Diop, Ogbonna and Creswell taking the  defensive roles.

Midfield looks a very different situation with Mark Noble now under pressure from Tomas Soucek’s presence who looks a natural partner to Declan Rice with Pablo Fornals and Jarrod Bowen making up the midfield four.

Mikey Antonio with Seb Haller up front – a duo that sparked alarm into defences before the break –  looks a given.

That would give us a bench of Randolph, Zaba or Fredericks, Balbuena, Anderson, Yarmolenko, Snodgrass and Lanzini.

Since when has this club had around £80 million worth of players as subs.

3 comments on “Hammers set to put £80 million on bench”