Here’s where the Gold shares went!

Companies House records from last year show that 592 shares (17.2%) were held by him personally  with another 270 shares (7.9%) held by Gold Group International Limited 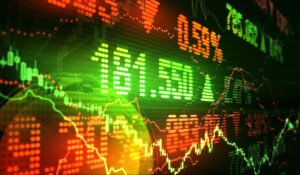 With 3,438 shares in total issued for WH Holding we should find out later this month on Companies House whether any of the shares were transferred to trust or family members before his death.

Gold International Group was dissolved last year and its assets distributed to its members and before his death Gold insisted that the shares had remained within his family’s control leading to the conclusion that perhaps it may have been transferred to a trust.

In normal circumstances up to 40% inheritance tax is usually paid to the taxman on the estate for assets worth over £325,000.

However Gold would have planned for his death and used professional advisers for the most legal tax efficient way to pass his accumulated wealth on to his fiancé and children.

Business relief is permitted in some circumstances of family related businesses held for over two years or more as long as the assets are not sold for a period of time after the family member’s death.

In the year running up to his passing, David Gold stepped away from Ann Summers and other business and was no longer a director or shareholder of those entities.

His daughter Jaqueline is now the executive chairman of the holding company, while his other daughter Vanessa is the Chief Executive of Ann Summers businesses.

A new company called Green Street Holding Limited was also setup to transfer a number of assets including the Ann Summers head office the website 6foot2 understands with his daughters listed as shareholders.