Search carries on for missing Hammer 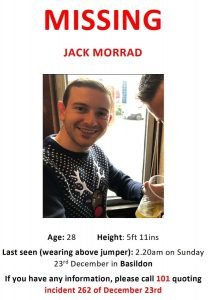 Another public search resumed this morning for with members of the public meeting at the Westgate car park, opposite the BP garage, near Basildon town centre from 10.30am. 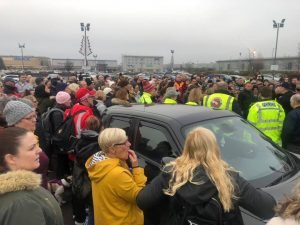 afternoon. He left the club alone and did not tell anyone where he was going.  He was wearing a blue jumper with a reindeer on the front, light blue jeans and white trainers. He was not wearing a coat.  The last ping from his phone was at the edge of Gloucester Park and the police have CCTV footage at 2.28am heading along Blake Avenue. This is why the search is being conducted within and around Gloucester Park including Basildon and Langdon Hills (which is where he lives).

If you have any information please contact the Police on 101 quoting Incident 262.

One comment on “Search carries on for missing Hammer”