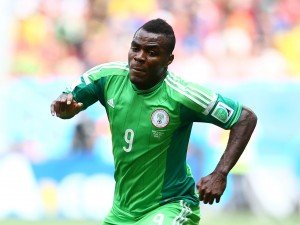 Emmanuelle Emenike is currently going through the second part of his West Ham medical but there are still problems in completing the deal.

The striker passed through Phase One of his medical successfully yesterday and no problems are foreseen with the second part but the snags in completing the deal are apparently still not resolved.

They centre on his relationship with his current loan club Al Ain and parent club Fenerbache although negotiators are working hard to iron them out.

And ClaretandHugh has been told that should he make to move to the Boleyn by Deadline Day it will involve a loan fee of less than £1 million.

We were told by a well placed source: “It remains quite complicated. The player wants to sign and his agents too of course but the two club syndrome is proving tricky.

“We are working hard and hopefully will get it done by deadline day but yes it’s fair to say there are a few issues to overcome.”