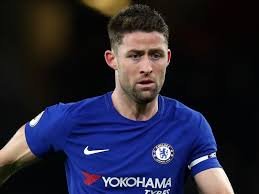 West Ham are reportedly interested in making a move for Chelsea’s Gary Cahill – a piece of gossip which first surfaced about six months ago..

And the reality is that despite The Mirrorr report it is as unlikely now as it was back then.

The former England defender has fallen out of favour at Chelsea and given that he is now 33 years of age that doesn’t come as a big surprise.

That the Hammers would be interested falls into the same category as fellow 33 year old Edin Dzeko being on the verge of signing a massive deal.

Pellegrini is definitely in the market for defensive reinforcements but the main candidate appears to be Alaves central defender Guillermo Maripan.

The 24 year old Chilean has made 31 appearances for the eighth place La Liga team this season and is well known to the manager.

We also understand the player has regularly been scouted by the Hammers this season.