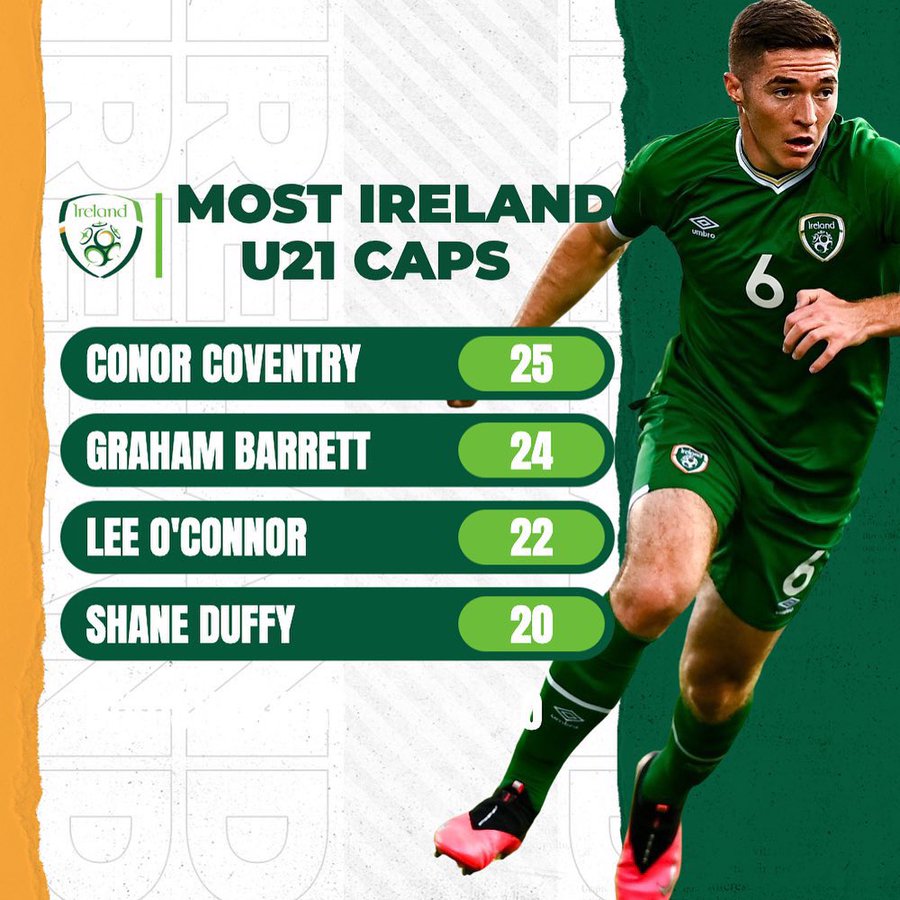 West Ham midfielder Connor Coventry took another step towards what he hopes will be a first team future at the London Stadium last night.

Captaining the Republic of Ireland side, he broke the record for U21 caps, leading them to a 3-1 victory over Montenegro in UEFA U21 Championship qualification.

It was his 25th appearance and it took him one cap clear of former Arsenal and Coventry City forward Graham Barrett.

Hopefully his situation won’t be lost on David Moyes who allowed the player to spend last season out on loan at Peterborough United and MK Dons.

And with just one year left on his contract – although an option may be attached – this is  a make or break season for the man some believe can follow Mark Noble.

The victory extended Ireland’s winning run in qualifying Group F to a fourth game and keeps them in the hunt for a place in next summer’s finals in Romania and Georgia.

Meanwhile another Hammers fringe player Nikola Vlasic came off the bench 11 minutes from the end as his country hosted France in UEFA Nations League Group A1.

The 1-1 draw got both Croatia and France – for whom Alphonse Areola was an unused substitute – off the mark for the campaign, with each now possessing one point from two games.