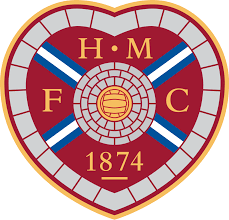 Scottish outfit Hearts have provided a sign of things to come when threatening to bring legal action after being relegated from the Scottish Premiership.

The Tynecastle club finished bottom of the top flight after the season was halted with eight games left.Hearts say pursuing legal action would be less costly than an “unjust” relegation after their demotion from  was confirmed.

And they say no club “should be unfairly penalised” amid the Covid-19 pandemic and that they are continuing to take legal advice.

It will serve as a warning to the Premier League who are believed to be ready to bring in a possible similar solution to the question should the return of the game here be thwarted at any stage.

And Hearts appear to be ready to act on the issue which is close to the position held by the Hammers and other relegation threatened club.

The irons have made no secret of the fact that they want a no relegation cluase inserted into any Operation Restart believing the situation currently cannot allow teams to be relegated.

Hearts meanwhile say: “”Legal action would be both time consuming and expensive. However the cost to the club of relegation would outweigh these considerations.”

Hearts hold hopes of a reprieve after chair Ann Budge was given approval to work on a proposal for temporary league reconstruction, which would involve expanding the top flight.

Budge was co-chair of a group set up to look at configuring the division, but their work halted after it emerged not enough top-flight clubs would back any change in a vote.

However, Hearts say “a number of positive talks” have taken place and that they will submit a “pragmatic solution” in the coming days that would “avoid the need to go down” the legal route.

“We will continue to fight against what we believe is an unjust outcome,” the statement added.

“This is possibly the final chance for our game to stand together, protect each other and not only survive but flourish in the aftermath of this terrible pandemic.

“Players from across all leagues have shown a desire for reconstruction and having already received support from some clubs we are hopeful that this resolution can positively progress Scottish football.”

ClaretandHugh says: Good for Hearts. Wherever a team is in the League and whatever the circumstances it entirely changes the structure of football to relegate without the games being played. We would feel exactly the same should the Hammers not be involved in such a scenario. The refusal to relegate in – in our view – based on what the TV companies want rather than what’s good for the game and the fans. The game has sole its soul to the broadcasters but this will come back to haunt the PL as three clubs could prepare to take them to court for until millions.

7 comments on “Irons watch on as relegation legal threats start”