Liverpool v Irons – everything you need to know 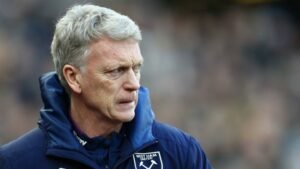 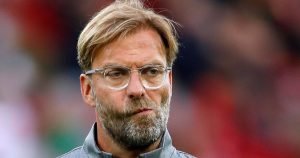 Another huge game in front of us tomorrow before we get to the so called easier fixtures in November.

It’s Liverpool at Anfield before we entertain Fulham next weekend ahead of the international break after which we travel to Sheffield United.

On the face of it the clash at Anfield looks as tough as it gets but despite the Antonio disappointment we could hardly go there in better heart given our unbeaten run of form.

As Liverpool boss Jurgen Klopp admitted at his presser things have finally started to click for the Hammers and he is under no illusions that his team are facing a tough challenge from us.

There’s[ always a big tendency to write ourselves off when going to merseyside for an Anfield encounter but the brave showing last season when we led before getting beaten 3-2 will give great heart to our very in form squad.

Here’s what you need to know about tomorrow’s game.

Our one absentee is Michail Antonio, who was replaced during the second half of last Saturday’s 1-1 draw with Manchester City with tightness in his hamstring.

Manager Moyes, who named an unchanged starting XI for the City game, has new Saïd Benrahma and Craig Dawson avaiable with issa diop also looking for a start.

Aaron Cresswell will hope to add to his team-leading three assists against his old club.

Liverpool have a number of injury concerns, with captain and centre-back Virgil van Dijk ruled out for the season with a serious knee ligament injury.

England midfielder Alex Oxlade-Chamberlain is also out with a long-term knee injury, while centre-back Joel Matip remains a doubt and defensive midfielder Fabinho (hamstring) is out.

The media are speculating that 19-year-old Rhys Williams could start alongside Joe Gomez at the heart of the defence.

Goalkeeper Adrian is unlikely to face his old club after Alisson returned from injury last weekend.

Liverpool may be without their captain, talismanic centre-back and arguably best player in Virgil van Dijk, but the Reds are still a formidable force.

The Reds won the Premier League title last season with 99 points, winning 26 of their first 27 matches and all but one of their 19 home games at Anfield.

Jurgen Klopp’s men also won the UEFA Super Cup and FIFA Club World Cup, but were knocked out of the UEFA Champions League at the Round of 16, the FA Cup in the fifth round and the Carabao Cup in the quarter-finals, albeit with a weakened team.

Liverpool’s performances have been up and down so far this season, including a shock 7-2 defeat at Aston Villa and a penalty shootout exit from the Carabao Cup at the hands of Arsenal in early October, but back-to-back UEFA Champions League group-stage wins already have them in pole position to reach the Round of 17, and Premier League victories over Arsenal and Chelsea mean the Reds are second in the table going into the weekend.

“They have options. Some smart business in the last 18 months. All starting to click”

“We are in a good place, the players have confidence, the results make a big difference and I hope the players can go and show it this weekend.”

“We could have got more victories, but to get the number of points we’ve got is credit to the lads, the coaching staff and the gaffer.”