David Moyes insists that Jurgen Klopp was in the right despite being sent off against Manchester City.

The Liverpool boss was shown a red card after wildly protesting for a free-kick when Mohamed Salah was dragged to the ground by Bernardo Silva on the right flank. 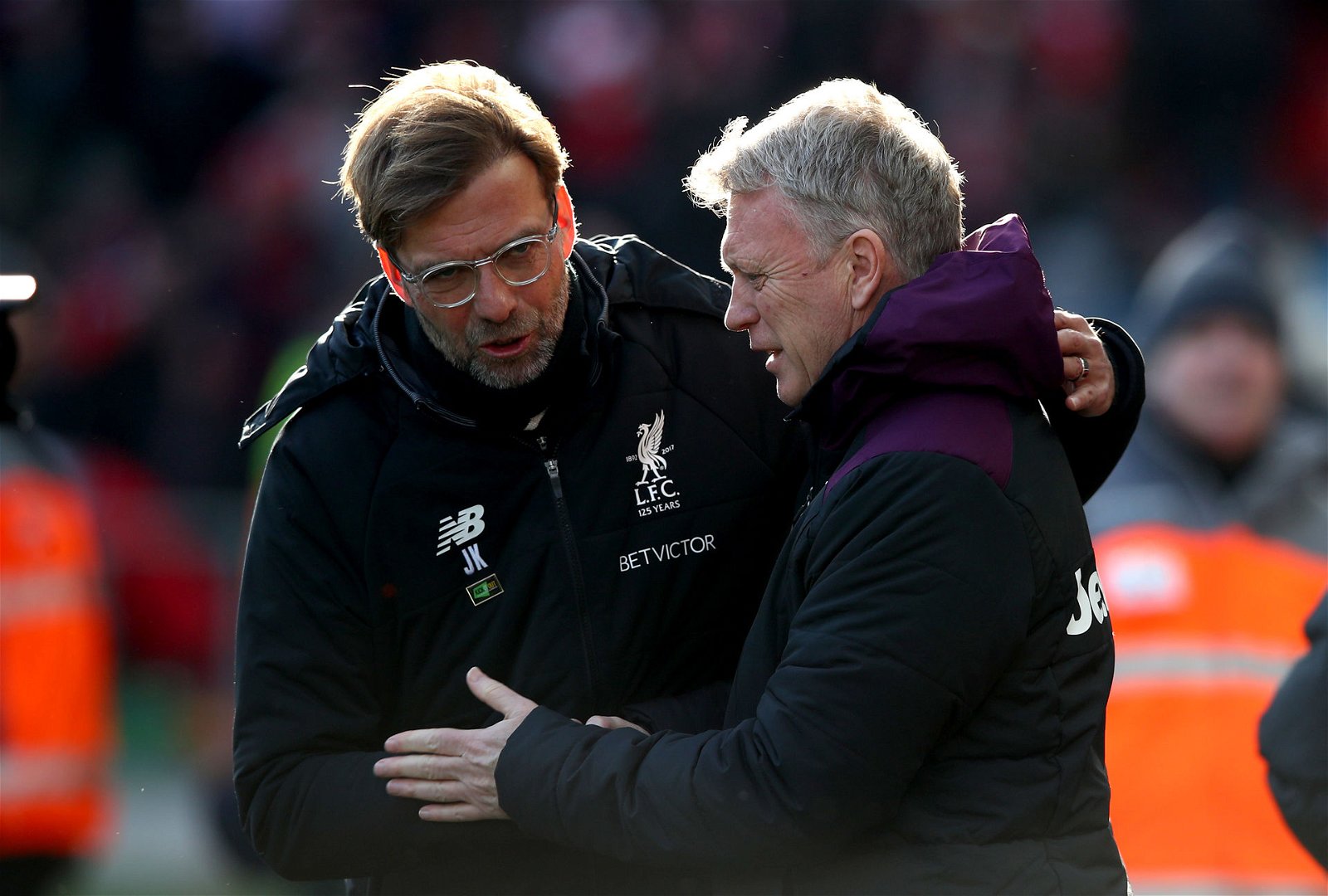 Replays appeared to vindicate Klopp’s protests, as it certainly seemed that there was a foul involved.

However, referee Anthony Taylor showed the German a red card, and he will now await the referee’s report to discover if he will be punished further.

Multiple newspaper reports this week have suggested that he should avoid punishment before the Irons game, meaning he is likely to be in the dugout at Anfield.

And Moyes has expressed his hopes that he will be, as the Hammers get ready to go toe-to-toe with the Reds.

Speaking before the game, as per Football.London‘s website, he said: “I hope Jurgen is in the dugout. We want to play against the best. We all have great respect for the referee.

“For 90 minutes or so, it becomes a really emotional game. Sometimes, you can change your character from what your true character is. If you look at the incident, he was probably right.”

Klopp could yet be banned from the sideline for a future Liverpool game.

← Moyes: Back to business after “blip”
Klopp wary of Hammers new boy →
Click Here for Comments >