No fire at the London Stadium 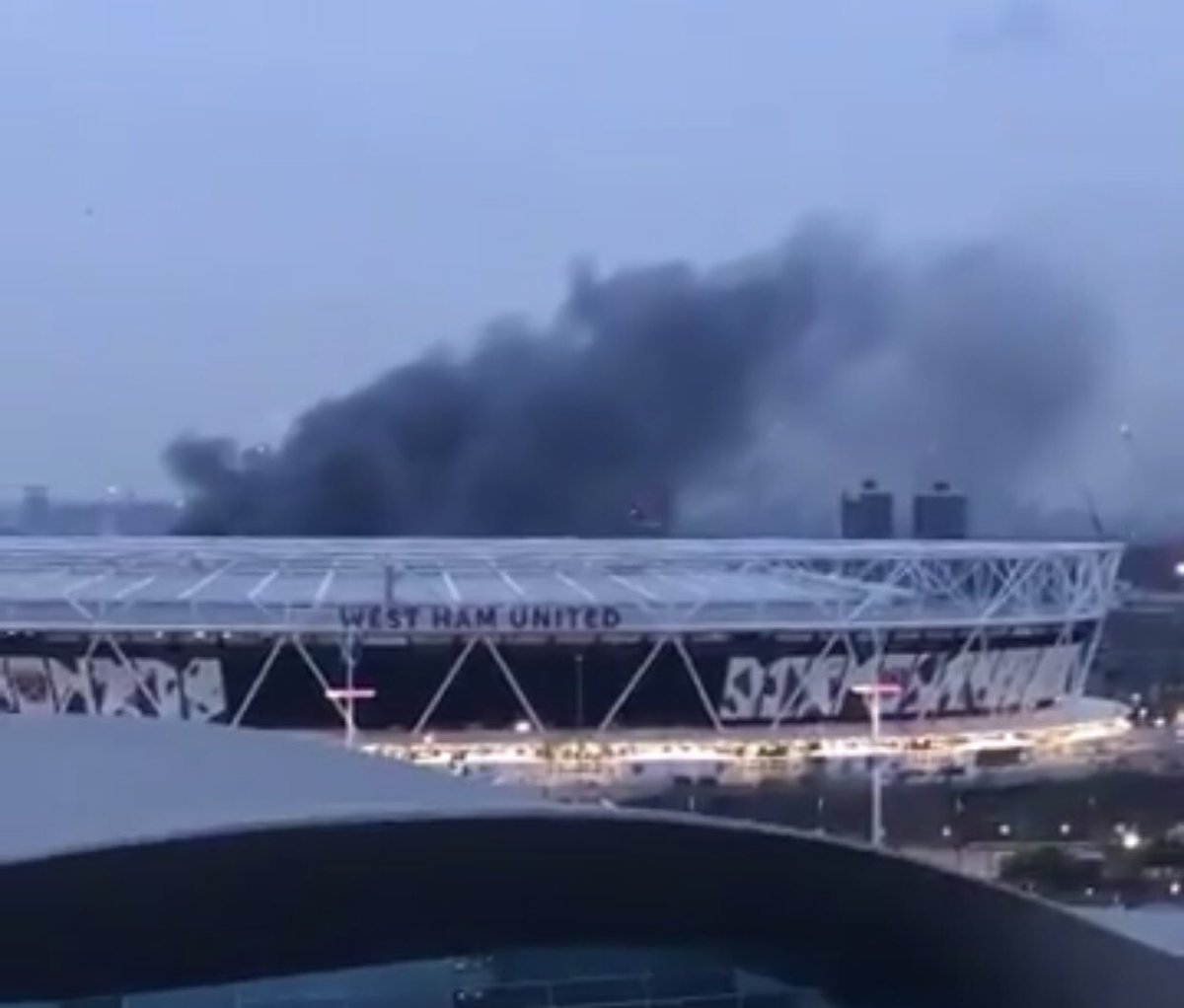 Rumours were alight on social media last night that the London Stadium was on fire as big black billowing smoke was seen for miles around appearing to come from the former Olympic Stadium.

London Fire Brigade were scrambled to tackle the blaze close to the Olympic Park yesterday evening.

The abandoned warehouse, close to the London Stadium, is surrounded by industrial buildings, a self-storage business and flats. There have been no reports of injuries and the cause is being investigated.

A LFB spokesperson said: “Eight fire engines and 58 firefighters and officers were called to a disused warehouse fire on Wick Lane in Hackney this evening. One fire rescue unit and an aerial ladder platform were also at the scene.

“Twenty-seven 999 calls were received by Brigade Control to this very visible fire that could be seen for miles around. Part of the first and second floor of the building are damaged by fire. The Brigade was called at 1928 and the incident was under control by 2141. Fire crews from Homerton, Bethnal Green, Leyton, Stratford, Poplar, Stoke Newington and Ilford fire stations were at the scene.”

2 comments on “No fire at the London Stadium”