Posted by Sean Whetstone on June 7, 2018 in News, Whispers 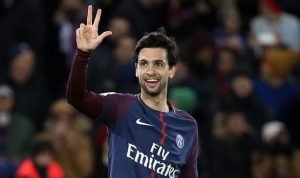 Over eighty-two percent of 1,600 readers voting in a Claret and Hugh poll say no West Ham player should earn £200,000 per week. The poll was in response to reports that Javier Pastore from PSG wants between £190,000 to £200,000 to join West Ham, a similar wage he already enjoys at French champions PSG.

However, the harsh reality is only seven Premier League players earn £190,000 per week or more with six playing for Manchester teams and just one for a London team in Chelsea.

West Ham’s current highest earner is Javier Hernandez, who is in action for Mexico on Saturday against Denmark and heads to Russia at 100/1 to win the Golden Boot in the 2018 World Cup betting markets.

PSG are in breach of UEFA financial fair play rules and therefore want to enormous reduce their wage bill.