Nobes testimonial unlikely to be rescheduled 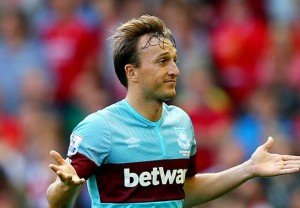 Sources close to club insist Mark Noble’s testimonial will go ahead on Easter Monday 28th March despite the threat of a rail strike in the 24 hours before kick off at the Boleyn Ground.

Maintenance workers on London Underground are scheduled to stage a series of 12 and 24-hour strikes in a dispute over safety.

The Rail, Maritime and Transport union are scheduled hold one of these strike’s from 6.30am on Sunday, March 27th (Easter Sunday) until 6.29am on Monday, March 28th. (Easter Monday)

One comment on “Nobes testimonial unlikely to be rescheduled”