Posted by Sean Whetstone on September 2, 2014 in Whispers 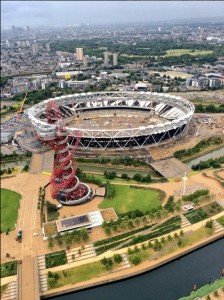 According to Paul Kelso from Sky News, The final cost of converting the Olympic Stadium into West Ham’s new home could rise by more than £15m because of complications in work to install a new roof.

Work is under way to build a new roof  but contractors Balfour Beatty believe costs may have to rise to complete the project. The original stadium cost £429m to build, with the conversion to make it suitable for football budgeted at a further £154m. It is claimed additional costs arising from the latest complications with the roof could take the total cost of the stadium above £600m with the tax payer picking up the majority of the over spend.

The LLDC has a fixed-price contract with contractors Balfour Beatty to deliver the roof and main contract for the stadium, and say they will hold the contractor to its deal.

In a statement the LLDC said: “The Legacy Corporation and its contractors are working closely together to convert the Stadium from its Games-time mode into a multi-use, year round venue.”

However, we understand West Ham’s contribution of £25m towards the stadium conversion is unlikely to be affected by the latest developments.

← Gold: “This is a squad to climb the league”
Attack…attack… policy expected at Hull →
Click Here for Comments >